The Survival of a Local Agricultural Community

A single email started it all.

After Barbara Hachipuka pressed “send,” she looked out the window. The dried up land of Zambia was all she saw. She wished that her email could bring a miracle.

Zambia became independent from the UK in 1964. 70% of their citizens work in agriculture, and the main workforce consists of women. Barbara’s mother, Jessie, realized the situation and decided to take action. While she was supporting her husband with his election, she realized how poor and desperate the farmers were, so she created the Mbabala Women Farmer’s Cooperative Union in 2003. To her surprise, 1,720 farms joined the moment she started. However, tragedy struck just a year later. When the cooperative was just starting to stand, Jessie was involved in an accident and passed away. While everyone was devastated, the farmers had to rely on Barbara, who was only 20 years old at the time, to continue on with what Jessie started.

Meanwhile, in July 2004, Shumei became a United Nations certified NGO. In September of that year, they supported the United Nations hosted event, the Pan-Asia Pacific Youth Leader Summit in Hiroshima. As part of the event Shumei invited youth from around the world to Kishima-island, where Shumei’s Natural Agriculture’s model farm is located. There, they taught their farming related knowledge; no fertilizer, no pesticides, and how seeds are self-selected. Barbara Hachipuka was among them. Through the summit, she became greatly interested in Shumei Natural Agriculture farming.

After returning to Zambia, she union members who strongly hoped that Barbara would follow her mother’s will and support them by purchasing seed and help farming met her. That is when she sent that first email. It read, “Please teach us how to do Natural Agricultural farming, and please support us.” That email was sent to Shumei, where Alan Imai received it, and he immediately decided to visit Zambia in November that year.

Barbara was waiting for Alan at Zambia’s capital Lusaka with a big smile. From there, they traveled 5 hours to the Mbabala area, where over 2,000 farmers were waiting for his arrival.

So in March 2005, Alan returned . When he arrived, as farmers promised, he did see Maize everywhere; however, he also noticed that most of the crop had dried up and that the corn was inedible. 2005 just happened to be one of the driest years in recent history. Looking around the farm, he noticed that one section of maize was still green and fresh. It was the type of maize local to the area. He had found the answer. He then started purchasing that specific type of maize to prepare for next season. Afterwards, he went around to the farmers’ meetings, explained what Shumei natural agriculture is, and asked if they wanted to try that method. Most of the farmers wanted to try, not because they understood the idea of Shumei Natural Agriculture, but because the idea of not needing to purchase any fertilizer or seeds sounded attractive to them.

The union chose 20 farms to try the Shumei Natural Agriculture method. In May 2005, Shumei hosted the first seminar. Through the seminar, Shumei taught the farmers about what the Shumei Natural Agriculture method is based on how the three factors in nature, water, light, and land, is produced by the sun, the moon, and the Earth. The balance of those three factors cultivates harvest. In balance, Shumei believes healthy soil with plenty of water and sun should be enough to grow crops without chemicals, and that we should save our own seeds. By October, Shumei was able to gather 7 tons of local variety maize seeds.  The seeds were then distributed to over 1,000 farms, 5kg to each, in order to test out Shumei Natural Agriculture. Shumei did everything they could at that point. They left Zambia, with hope and a little bit of anxiety.

Returning 2 months later, and Shumei representatives were greeted by a huge and beautiful rainbow. And to everyone’s delight, the farms that trid out the Shumei Natural Agriculture method, had the green leaves of maize growing throughout their farms. The farmers were in the middle of removing weeds by using cows to plow because Natural Agriculture basic philosophy is to respect and to live with nature. Each farmer needs to thank their land, truly care for the plants, and so they will be able to harvest crops. It was like even the weather understood the farmer’s appreciation. From November 2005 – March 2006, it rained well and there was a plentiful harvest.

The first harvest festival was hosted in July 2006. This was also Alan’s idea. Until then, Mbabala area did not have a festival like this. They displayed their Shumei Natural Agriculture harvest, performed traditional dances, and even held soccer games. Over 3,000 people from all over the area joined, and the festival went on for three days and nights. The festival definitely helped bring the area together. Alan suggested the festival hoping to not only change the local farming method, but also change the people’s way of living to understand a natural way of thinking through the Shumei Natural Agriculture method.

Over 10 years have passed since this project began. Today, there are over 6,000 farms using the Shumei Natural Agriculture method, and this is expanding to other areas and even countries. In 2008, the project was chosen as best practice by the United Nation’s NGO section. It is important that the farmers taking part in this project understand that this is their project and to have a sense of ownership, Shumei is only there for support. We support them so that the farmers could learn how to respect and live with nature. Today, Shumei doesn’t need to teach anymore; because farmers are teaching other farmers.

All it took was a single email. Here is to hoping that this project will expand even more through Africa. 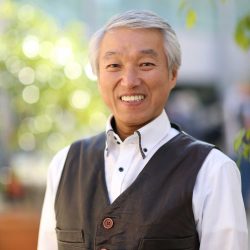