Junzo Uyeno came to the U.S. in 1964. While in the U.S. he learned landscaping and flower arranging while he was working at his brother’s flower shop. While he was working at his brother’s flower shop and honing his skills with flower arranging and landscaping, he realized that his love for nature was starting to grow bigger inside his heart. So in 1990, he joined the spiritual organization Shinji Shumeikai in which he realized that the Natural Agriculture philosophy of Mokichi Okada had a huge impact on him and was connected to his love for nature. 2 years later in 1992, he got an opportunity to start a Natural Agricultural garden.

One year later in 1993, he started the Natural Agricultural garden, but it was not easy. It took Junzo 5 years to get the soil how it is today. In March of 1997, he met with CRS director Diana Jerkins at Cal Poly Pomona and started a partnership with her and the college.

In 1999, he started the Hollywood CSA program where 15-27 families got weekly Natural Agriculture grown vegetables and fruits.

And the program lasted until 2016. 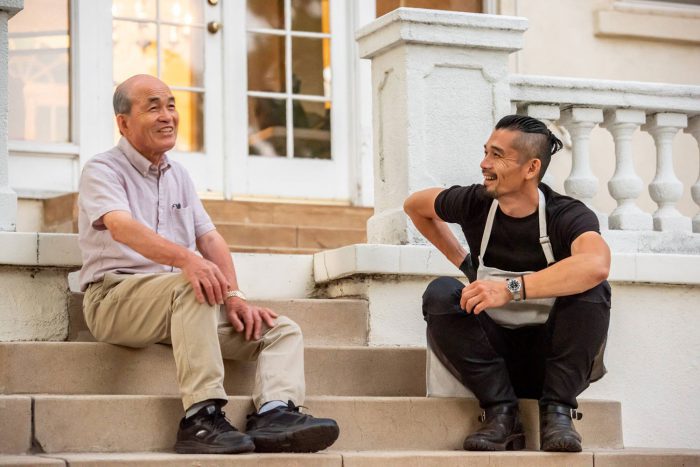 The conversation between a chef and the farmer shows the appreciation of Natural Agriculture.